Fabiyas M V is a writer from Orumanayur village in Kerala, India. His fiction and poetry have appeared in several anthologies, magazines and journals. He won many international accolades including Merseyside at War Poetry Award from Liverpool University, U K, the Poetry Soup International Award, USA and Animal Poetry Prize 2012 from RSPCA (Royal Society for the Prevention of Cruelties against Animals, U K). He was the finalist for Global Poetry Prize 2015 by the United Poets Laureate International (UPLI), Vienna. His poems have been broadcast on the All India Radio. 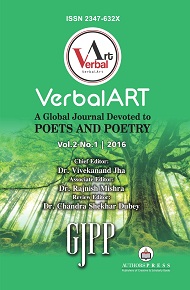